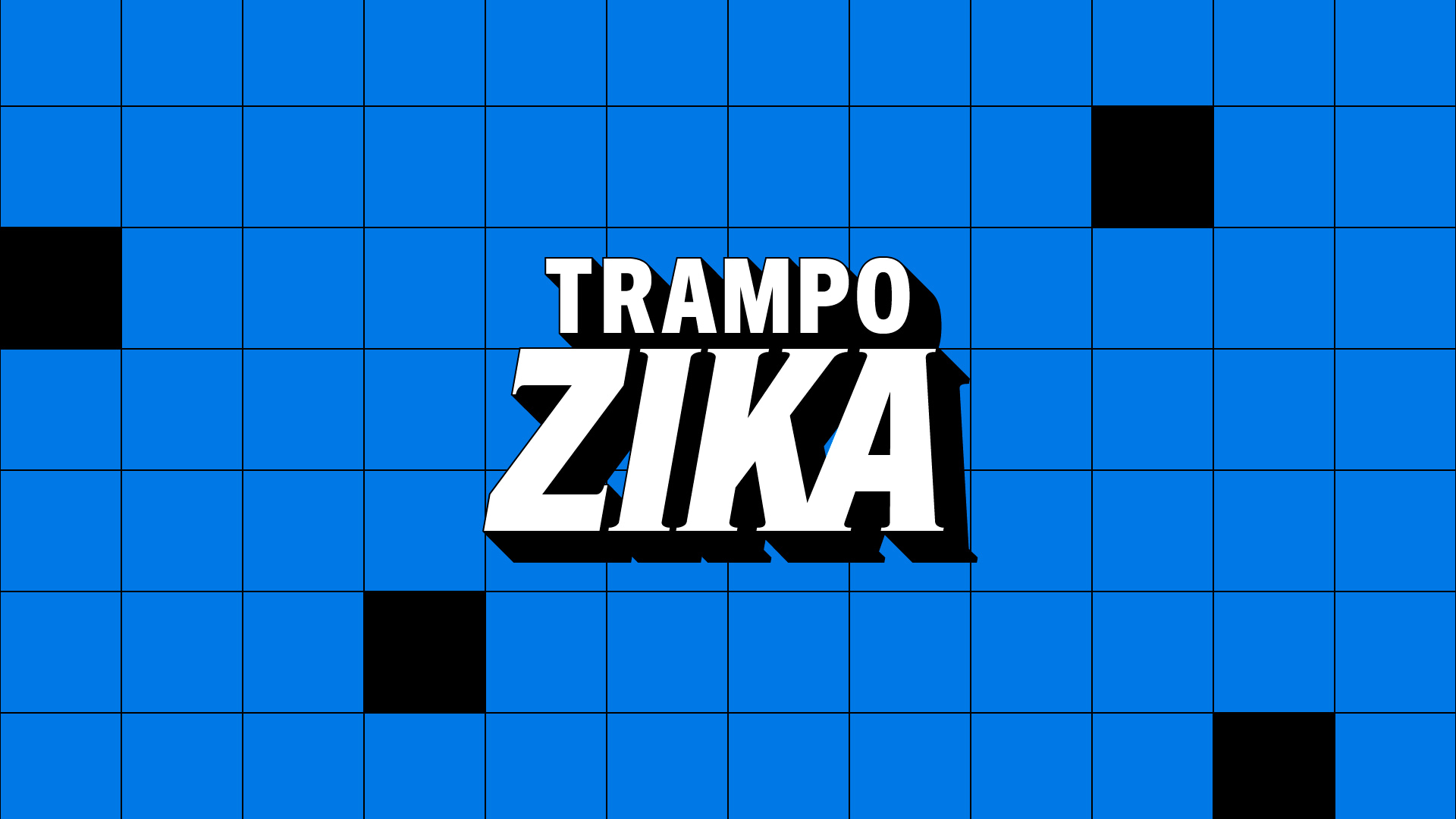 Trampo Zika is a show on MTV Brasil where the presenter and YouTuber Lucas Maciel experiences the routine of several different professions, such as firefighter, pest controller, welder, and drag queen.

We created the show’s visuals based on the concept of “Trampo Zika”: professions whose routine is heavy and unknown to most people. To introduce them to the general public, we developed an identity that refers to the reality of these professions in a playful and fun way.

For the opening sequence, we had the idea of presenting some of the show’s professions through their equipment. I created vector illustrations of the heads of a firefighter, pest controller, welder, and drag queen.

I made a broadcast package that expands the visual identity through a modular board with illustrated blocks. As a top view of a board game full of traps, they are icons that playfully represent “Zika” situations: pebbles falling on a helmet, a flat tire, an alarm activating, among others.

I designed this modular system to adapt with ease into lower thirds, scene transitions, and hashtag screens.

Finally, I also developed the program’s logo. Like the title of a very challenging game, it references the show’s content: difficult and unusual situations that test the presenter’s resistance.