Cantareira is a short film directed by Rodrigo Ribeyro, founder of Cachorro Sensivel Filmes, in partnership with Dani Drumond, from Tipiti Filmes, and with support from the Academia Internacional de Cinema (AIC).

The film portrays the Serra da Cantareira region, in São Paulo, through the relationship of a grandson and grandfather. It explores the contrasts between the city and nature and the evolving connection between the protagonists.

Cantareira gained national and international recognition in 2021 with awards at festivals such as Cannes and Curta Cinema.

Rodrigo invited me to make this alternative poster in homage to the film. Cantareira is a film in which sensibility and contemplation shine, and I had the idea of evoking this same sensation in the poster.

I took the poster image from an excerpt of the film in which the protagonist, Bento, finds himself alone in the center of the city of São Paulo. It’s dawn, and his eyes are closed as if he’s in a state of deep reflection.

I found in this scene the opportunity to translate Cantareira not only as a place but also as a mental state. Even far from there, the protagonist’s stream of thoughts becomes an extension of the water flow in the region. 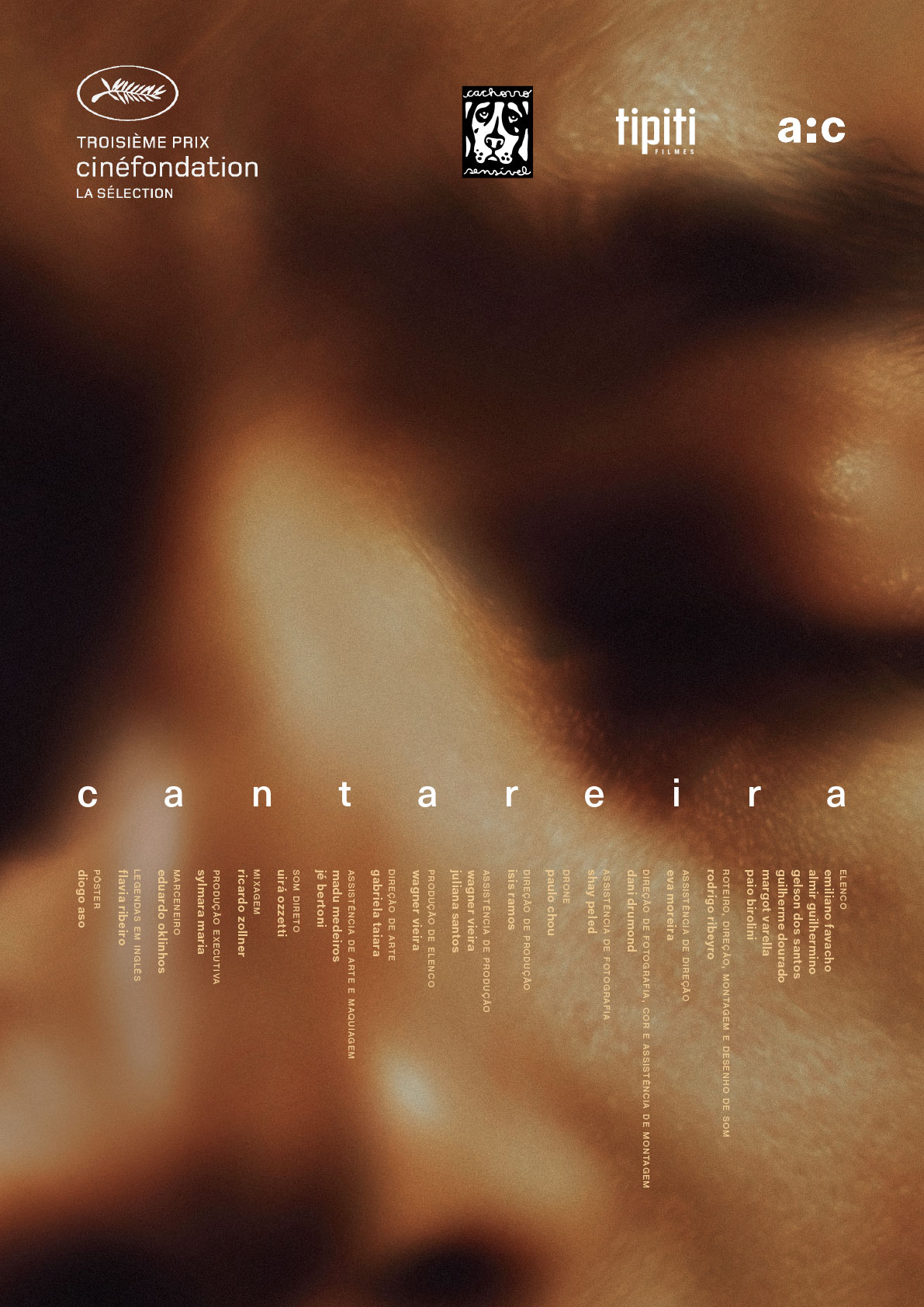 I also created an animated version of the poster, which extends the creative concept of the print version. Bento’s face enters a state of flux, and the texts unravel like streams of water.